Never Fear Being the Minority: A Life Story 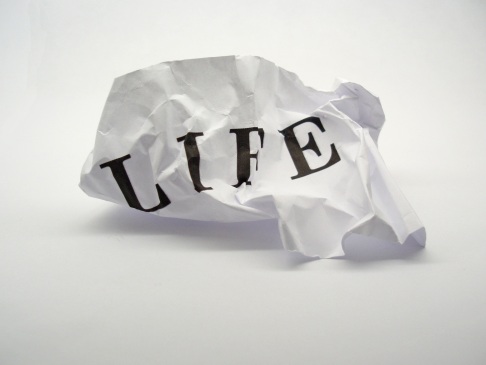 Born into a traditional Chinese family, I was raised in a socially obedient environment which compelled me to accept the social norms and to follow the majority, failing that will classify one as part of the minority.

I was stupid, just stupid enough to follow exactly what the society labelled me, told me, and feared me.

So what is wrong of being distinguished from the majority? I didn’t know. I was only feared by the community that the minority have no say in the democratic society. Perhaps it was the sheer loneliness of being in the minority that worried me.

I repeat, I was stupid, and not scared to admit it.

If you will bear with me, I shall tell you two stories. These are the true stories that paint my journey in this society.

I once questioned my history teacher about the ideology of communism. She ignored my question. She told me that according to the sejarah textbook, communists are bad and thus communism must be bad. Where did logic in this statement lie? I didn’t know, because I wasn’t told.

It goes back to the whole purpose of having a committee, which is to provide an opportunity for one to have a leadership role in society. I am stating the obvious, because students CANNOT learn leadership skills without YOU giving the opportunity for them to learn the skill. This is just plain simple.

I was annoyed. As such, I challenged her and I told her in simple English that we wanted to make our decisions. I further clarified that we the committee members respected her as the teaching advisor.

I first thought that she was an understanding teaching advisor, but I was wrong. She replied by saying that form 4 and form 5 students are TOO IMMATURE to make any decisions. I then questioned the definition of maturity and I was told that maturity was defined subjectively. To put it in a nutshell, this simply means that we are immature because she thinks so. That’s just ridiculous.

This time, I didn’t follow. I constantly challenged her decisions. In return, I was labelled as a problematic student and “awarded” a B for my co-curriculum activities.  I cannot not prove that it had to do with my outspoken attitude – I can only suspect. When I graduated in 2008, I was told that I was banned from entering the school compound without reason. Technically, I am still banned from entering but the funny part is that my name has never been blacklisted. So people, this is what you will get if you do not submit to school authorities.  Am I stupid or am I not?

I was criticized for being so “rebellious”. They think that I should have just kept quiet to get an A for my co-curriculum activities even if I have not learnt anything, not realising that teachers aren’t the only ones responsible for education. It is the effort of the students and the teacher’s guidance rather than command that produce a better education for this nation. After all, teachers too were once students weren’t they?

Now I shall tell you another story. On the 30th of September 2011, my friends and I attended a public forum titled “MPs in Conversation-Parliamentary Election & Funding” held in Sunway University by the Bar Council Constitutional Law Committee.  A man who claimed himself as a member of a political party stood up and said (with his finger pointing at us) that the legal age of voting should not be reduced to 18 because teenagers today are immature. He then challenged us to a debate.

With great confidence, we approached the man and accepted the debate. Rather incredibly, however, he rejected. I have always thought that a wise man will keep his words, but no, not in this case. He then went on to demonstrate to us that the fact that students cheered in the public forum made them immature to vote. When questioned on the definition of maturity, he said, and I quote:

“You don’t have to argue with me, I see it from my experience. If you have not reached the legal age of marriage and if you have not had sex with a woman, you are immature,”

We were all stunned. The absurdity of his definition made us speechless. It seems to me that a virgin registered voter in the age of 50 is still immature to vote. I was literally speechless; the definition was plain stupid, downright stupid.

Let me be clear. I am writing this not to encourage the students to be rebellious. I am writing this in simple English to tell you that a new generation has emerged. The power of democracy lies beyond the definition of the ideology; it cares not only the majority, but also respects the minority. You are older than me, but this does not make you a better or a more mature person as compared to me. Likewise, you may disagree with me, but this does not mean that I have to agree with you. I will listen to you and you will listen to me, especially when we disagree, this is democracy!

Readers, we are young, we learn as we grow, we aren’t perfect and we do make mistakes. You can’t deny our learning opportunity simply because in your context, you think that we are immature. You can’t judge a book by its cover. Similarly, you can’t label us as immature simply because we cheered in a public forum. You were once young, no?

I am nobody. I am just a 20-year old student activist who champions the cause of constitutional and human rights. You can mock, but at least I am willing to try and fight for my rights. You can criticise, but I am still going to shine. Activists don’t die, we multiply.

Ern Nian is a big fan of BlackBerry. He is currently using his sexy BlackBerry Curve 9300. He sees his role as being a catalyst for change and thinks that the law is not the law if it does not comply with the rule of law. He is no nobody, he is just an onion who leads the HELP YAG. Don't look down on the Onion, for he will make you cry!

Posted on 22 October 2011. You can follow any responses to this entry through the RSS 2.0.

4 Responses to Never Fear Being the Minority: A Life Story