There was once when a lecturer of mine, who started a talk by telling one of those jokes about lawyers:

An engineer died and reported to the pearly gates. An newly annointed angel, filling in for St. Peter, checked his dossier and grimly said, “Ah, you’re an engineer; you’re in the wrong place.”

So the engineer was cast down to the gates of hell and was let in. Pretty soon, the engineer became gravely dissatisfied with the level of comfort in hell, and began designing and building improvements. After a while, the underworld had air conditioning, flush toilets, and escalators, and the engineer was becoming a pretty popular guy among the demons.

One day, God called Satan up on the telephone and asked with a sneer, “So, how’s it going down there in hell?”

Satan laughed and replied, “Hey, things are going great. We’ve got air conditioning and flush toilets and escalators, and there’s no telling what this engineer is going to come up with next.”

God’s face clouded over and he exploded, “What? You’ve got an engineer? That’s a mistake; he should never have gotten down there; send him up here.”

Satan shook his head, “No way. I like having an engineer on the staff, and I’m keeping him.”

God was as mad as he had ever been, “This is not the way things are supposed to work and you know it. Send him back up here or I’ll sue.”

Satan laughed uproariously, “Yeah, right. And just where are YOU going to get a lawyer?”

This cynical buffoonery and a bunch of others will never fail to tickle our funny bones during his speech, even though our conscience often goes to the gizzards along the way. But let’s go back to what the joke really wanted to point out to us, albeit forced to take it in with a gulp on the throat as a law student. As we all know (readers in Loyarburok, no less), lawyers don’t exactly have the best PR image among the general public. Thieves, plunderers, cheaters, sharks and other thesaurus-related meanings… you name it. Lawyers have surpassed any other profession in winning a staggering number of the prestigious Most-Negatively-Perceived-Occupation awards, SECOND only to the politicians. Phew, was that a sigh of relief!

Anyway, to put it in Shakespeare-an rhetoric, lawyers are seen – that in order to be victorious in the brutal legal arena, they would not hesitate to choose the twisted sword of manipulation over the shield of morality & human conscience. Of course, maintaining professional ethics as a lawyer can often be raised as a defence to mask this tempestuous sense of guilt among many. However, being a law student, the question often asked by relatives and friends alike is: “What will you do if you are representing a criminal who REALLY did something so gruesome and inhumane? Are you still going to defend him?”.

Oh, shit. Yeah, what would I do? A reasonable man would have decided to wash his hands clean off these rotten outcasts of society. But would I actually do that? Can I even refuse to handle a case handed to me? Isn’t this part and parcel of a legal career? 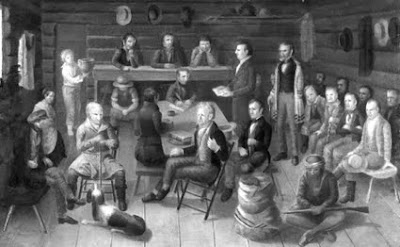 "My Lord, to conclude, I would like to submit once again that it is this dog sitting before us today that impaled, chopped, burned and thrown the deceased's body into the river, NOT my client" | Source: http://2.bp.blogspot.com/

A subject in my first year of studies, Law & Society, did shed some light on this issue. There is a fascinating chapter titled ‘Legal Instrumentalism’ (or Legal Realism, in other terms) which drew much interest from me. Basically, legal instrumentalism places emphasis on the law as a means to achieve ends. This particular dimension of law was famously advocated by Jeremy Bentham and Rudolph von Jhering, and in the United States by Oliver Wendell Holmes and Roscoe Pound. Under their paradigm, it is argued that the law can be moulded at our will to achieve certain objectives. Crampton (1978) argues that law is an empty vessel: “today, law tends to be viewed in solely instrumental terms and as lacking values of its own, other than a limited agreement on certain process values thought to be implicit in our democratic way of doing things. We agree on methods of resolving our disagreements in the public arena, but on little else. Substantive goals come from the political process or from private interests in the community”.

In an article titled ‘The Tensions Between Legal Instrumentalism and the Rule of Law’ by Brian Z.Tamanaha, St. John’s University School of Law, he discussed about the worrying trends of legal instrumentalism in the modern age. Just like democracy and communism, the rule of law (the notion where law is a universal custom and judges don’t make, but merely declare law) and legal instrumentalism have been competing for influence since the early stages of mankind. Fortunately and also rather unfortunately, legal instrumentalism is emerging triumphant and is rapidly expanding its role throughout the many systems of government across the globe.

Law is no longer declared and blindly followed by judges, with divine laws (The Ten Commandments) and customary laws as examples. Back then, people don’t question the holy books and native customs. Now, law is constantly challenged, shaped and created in order for certain purposes desired by man, often originating from higher authority. As complex as this sounds, one doesn’t have to look far for prominent (or should I say, notorious) examples of legal instrumentalism. Right here in Malaysia, there are abundant manipulations of laws, often twisted by the powers that be for reasons known only too well by us all.

Firstly, on the New Economic Policy introduced by the late Prime Minister, Tun Abdul Razak. Although it was the policy that pushed for balanced economic distribution among the races, it derived its authority from Article 153 of the Federal Constitution which grants certain rights to the bumiputeras. For as long as 53 years till now, racial quotas for entry into the civil service, public scholarships, public education, and also licenses for trade permits are still being legitimately enforced to achieve an objective of elevating the financial status of bumiputeras to a 30% stake of the economic pie. So, where does legal instrumentalism come into play? For a very good analysis on the difference between RIGHTS and PRIVILEGES on Article 153, read an in-depth article on this by Batu 5 right here. You would notice how the government exploits the Reid Commission’s noble intention to minimise the economic gap between races by enacting this law, in the award of lucrative government contracts to cronies. Projects, tenders and business deals are not channelled to the bumiputera man-on-the-street who needs them to narrow the poverty divide, but to rich, greedy and corrupted lapdogs. All, in the name of law.

Secondly, the Internal Security Act, 1960 which was repeatedly wielded by the government to oppress opposition voices, much like an overused condom. Again, the utilisation of a law (a draconian one at that) to achieve the objective of protecting the influence of a ruling coalition. The ISA was created at those dire moments where the country needed to repel Communism. But we have seen how the ISA has been used as a tool to legitimise scandalous operations such as Ops Lalang in Malaysia to suppress political dissent and the rights of the people. And like an overused condom, there are bound to be leakages and it is comforting to know that the foetus of human rights awareness is spawning to life as the world slowly awakens to this incorrigible manipulation of law.

Thirdly, the creation of the University & University Colleges Act, 1971. You can see how the government enacted this law as a means to achieve their desired end – bound, gagged and toothless university students who would not question the moves of the government. The sacred principles of law which are binding upon men are abused as the government legitimises a monopolistic grip to the way we conduct our pathetically voiceless selves in campus.

Tamanaha also mentioned about law schools nowadays producing students who are programmed by their lecturers to develop any argument possible to win a case. While this is natural in aiming to produce critical, analytical and mooting champions befitting a productive law school, one should also view at the side effects of this contagious mentality among lawyers who are hell bent on twisting a fair case of the opposition in order to benefit the client, regardless of the outcome; which I believe, should always stand with the supreme pillars of justice and fairness. The possibility of a real serial killer running scot free just because the defence team managed to manipulate on the lack of evidence or some technical issues is legal instrumentalism at its worst.

"Look kid, its simple. Either you prove to me that rapist is not guilty, or you're gonna get a D this semester" | Source: http://davepear.com/blog/2009/07/more-lawyers/

I’m not implying that using law as a bridge to get to our desired destination is a bad thing altogether. In fact, it’s what we are being trained every single day in law school. To use the law in the broadest and most beneficial way possible. I still have 3 years to go at university. Perhaps it will be clearer when I am exposed to criminal law and court procedures during my later years. But for now, I am extremely fortunate to be exposed to Law & Society, a fresh subject reintroduced at the faculty of law starting this year. This wonderful subject has certainly opened my eyes to the many other undiscovered ratio decidendi of a sound legal education. Compassion, moral values and the society at large are essential to view the world in a better perspective, and that is what Law & Society has armoured us law students with. Law cannot be effective by itself, it must come together with humanitarian values and an unwavering sense of righteousness.

Lim Wei Jiet, 19, has a Bachelor’s Degree in Fun & Optimism, Masters in Criticism and a PhD in Over-exaggeration. Sometimes, he does wonder why he’s still studying for another degree in law. Nevertheless, the thrills of law proved impossible to resist and he’s enjoying university life to the max.