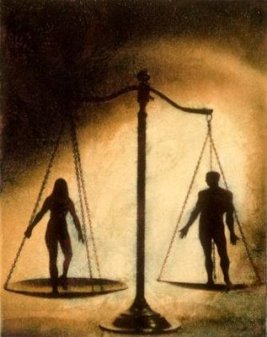 In the previous segment, we considered the the constitutional validity of Section 54. I shall now conclude with a consideration of Malaysia’s representations to the world, its international human rights obligations and the legitimate expectation of the people of Malaysia as well as other ancillary matters.

The Government of Malaysia has formally acceded to the United Nation’s Convention on the Elimination of All Forms of Discrimination against Women (CEDAW) on 5 July 1995. Under CEDAW, State Parties (SP) are to:

Nonetheless, as the constitution of Malaysia is dualist in nature (i.e. it supposes a distinction between National Laws and Internationals Laws), international conventions will not bind Malaysia as against the local populace unless and until the Malaysian Parliament enacts a domestic Federal Act to give international law legal effect domestically. An example is the Diplomatic Privileges (Vienna Convention) Act 1966 which Malaysia enacted on 9 December 1965 after ratification of the Vienna Convention on Diplomatic Relations on 9 November 1965.

Thus far, Malaysia has failed to enact any domestic law to give CEDAW legal effect. This is devious and crafty. While the Government boasts to the international community that it has ratified CEDAW, its own populace are deprived of the fruits of CEDAW owing to the Government’s refusal in enacting the enabling Act. Only with a loud yet focused support from civil society, the Bar Council and other international bodies can the importance of ‘Women’s Rights’ be nailed into the heads of our lawmakers (especially those with thicker skulls).

But, one should bear in mind that aside from CEDAW, the Government of Malaysia has made numerous other representations to the world of its stand on eliminating discrimination against women and the upholding of human rights. We read about this in the newspapers all the time. We see it on the internet. We hear it over the radio. We watch it on television. These are information within the public domain. Surely all of these declarations and proclamations must or should mean something? Surely all of this confirms that we have a Government that truly does take an interest in international human rights affairs and the fundamental freedoms of its citizenry?

Surely, we as Malaysians have a legitimate expectation that when representations are made by the Malaysian Government that it is in support of international human rights norms, that it and its subordinate bodies as well as State bodies will not act inconsistently with those representations.

This issue came to great prominence in the phenomenal Australian High Court case of Minister of State for Immigration and Ethnic Affairs v Ah Hin Teoh (1995) 183 CLR 273. In that case, Mr Teoh, who had made an application for an entry permit into Australia, was married to an Australian citizen and had a number of children. He was convicted of an offence and was to be deported. Australia had ratified the United Nations Convention of the Rights of the Child (CRC) but there was no municipal law enacted to give CRC legal effect. It was held in that case:

“…ratification by Australia of an international convention is not to be dismissed as a merely platitudinous or ineffectual act. . Rather, ratification of a convention is a positive statement by the executive government of this country to the world and to the Australian people that the executive government and its agencies will act in accordance with the Convention. That positive statement is an adequate foundation for a legitimate expectation, absent any statutory or executive indications to the contrary, that administrative decision-makers will act in conformity with the Convention and treat the best interests of the children as ‘a primary consideration’.”

In short, the Australian government had to consider the interest of the children and deprivation of their breadwinner and father must be taken into account before deciding to deport Mr Teoh. I must be very clear and state that this is not a backdoor measure of trying to enforce international law. It is simply a way of saying that the Government of Malaysia must be sincere in its representations to the world and to the citizens of Malaysia and must live up to its mandate. In other words, if it talks the talk, it is expected, that it will walk the walk. If the government does not intend to live up to its declarations it has no business making them.

It is under this ambit, that the woman vis-a-vis Section 54 is being unfairly treated. For a Government that has always laid claims to protecting the rights of women and to the empowerment of women, laws such as this should not exist within the Malaysian law books. Blatantly discriminatory laws like these should be repealed immediately so the woman cannot be charged.

Let us now take a look at some of the other representations made by Malaysia.

Malaysia adopted the Vienna Declaration shortly after the World Conference on Human Rights on 25 June 1993 where we gave our commitment to promote universal respect for, and observance and protection of, all human rights and fundamental freedoms for all in accordance with the Charter of the United Nations. More importantly, the Declaration also states in Paragraph 5 that while the significance of national and regional particularities and various historical, cultural and religious backgrounds must be borne in mind, it is the duty of States, regardless of their political, economic and cultural systems, to promote and protect all human rights and fundamental freedoms. This must be staunchly adhered to by all arms of the Federal and State Governments in this Federation.

Malaysia has also adopted the Beijing Declaration on 15 September 1995 at the Fourth World Conference on Women where we affirmed our commitment to ensure the full implementation of the human rights of women (Paragraph 9) and the empowerment and advancement of women, including the right to freedom of thought, conscience, religion and belief, thus contributing to the moral, ethical, spiritual and intellectual needs of women and men (Paragraph 12). Malaysia is also supposed to be convinced that the explicit recognition and reaffirmation of the right of all women to control all aspects of their health, in particular their own fertility, is basic to their empowerment.

This was adopted on 10 May 2005. Malaysia committed itself to:

“review and amend all laws in order to identify and eliminate negative traditional and customary practices that discriminate against women.” (paragraph 38(a)).

This is a bold commitment indeed, which unfortunately goes out the window with the prosecution of the woman under Section 54.

It now beckons upon various civil society groups, in particular Women’s NGOs and Islamic NGOs to urge the Malacca State Government, JAIM and the Government of Malaysia to live up to the legitimate expectation of the citizens of Malaysia that they will act in accordance with the Articles in CEDAW, the Vienna Declaration, the Beijing Declaration and the Putrajaya Declaration.

It is of paramount importance, that the woman and the man in this case be allowed to lead their lives peacefully without any arbitrary interference from State authorities into their private and family life and that their fundamental liberties under the Federal Constitution be observed.

Is that not the least that we are all entitled to?

Posted on 15 January 2010. You can follow any responses to this entry through the RSS 2.0.